According to the results of a study published in the Scandinavian Journal of Rheumatology, no clear evidence links the risk for hospitalized infection and the use of disease-modifying antirheumatic drugs (DMARDs) or antitumor necrosis factor (anti-TNF) agents in patients with ankylosing spondylitis (AS).

To assess the association between infections and DMARDs or anti-TNF use in patients with AS, researchers analyzed data from patients with AS who were new users of anti-TNF agents or DMARDS. The investigators used Cox regression with 3 time-varying drug exposures: current use of DMARDs without biologics, current use of anti-TNF agents alone or in combination with DMARDs, and current nonuse. They defined hospitalized infection based on hospitalization discharge diagnoses coding for infection, either as a primary or nonprimary diagnosis. The investigators used data from 747 individuals with a diagnosis of AS who received a DMARD or anti-TNF prescription between January 2001 and December 2011.

The investigators noted that their population was younger than average for patients with AS and that because older age is a risk factor for infection, the infection rate may have been underestimated. However, they used multivariable analyses adjusted for age and note that the results provide useful information concerning the relationship between the use of these drugs in AS and infection risk. They also noted that because of the small population size, it was not possible to determine risk differences between biologics. 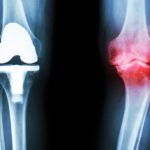