Contrary to results of a previous study that reported a higher incidence of ankylosing spondylitis (AS) among men, findings from a recent study published in Arthritis Care & Research indicated that the incidence of AS among US military service members were similar between men and women.

The incidence of AS is not well characterized. The only population-based study to date was conducted in Olmsted County, Minnesota, which indicated that men were 3 times more likely than women to have AS.

The current study measured the incidence of AS in US Army personnel who underwent annual screenings for chronic back pain between March 2014 and June 2017. Researchers determined AS using the International Classification of Diseases, Ninth Revision (ICD-9) codes through September 2015 and ICD-10 codes for the remainder of the study.

Limitations of the study included the inability to identify the onset of symptoms of AS and the nonrepresentative population of individuals in the US Army who are relatively younger and fitter.

The researchers concluded, “The incidence of AS in the US has been under-studied and incompletely characterized. Our findings challenge the widely held belief that AS in the US occurs substantially more frequently in [men] than [women]. That conclusion is based on widely accepted conventional wisdom from clinical experience and, in part, on the single incidence study conducted in Olmsted County, Minnesota. Our results derived from a population of adults in the US Army from 2014 to 2017 suggests that the incidence of AS in [men] and [women] is similar. We also found that that the rate of AS remains greater among White [individuals] [compared with] Black [individuals]. We encourage additional investigations utilizing other populations. 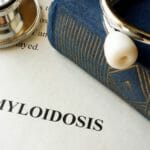