Data presented at the European League Against Rheumatism (EULAR) Congress 2018 held in Amsterdam, the Netherlands, from June 13 to 16, 2018, suggest that switching stable patients with a rheumatic disease from an originator biologic to a biosimilar could be associated with considerable short-term costs for rheumatology centers.

The investigators found that the estimated cost of setting up a nonmedical switching program and subsequent administrative support staff was £19,617 per center. The estimated cost was attributed to general overhead (40%), pharmacist time (26%), consultant time (21%), and nurse time (13%).

Rheumatology Advisor: Would the long-term costs of nonmedical switching be affected if a patient becomes stable on the biosimilar?

Dr Gibofsky: If a patient is stable on a biosimilar, then their monitoring regimen is the same as that of a bio-originator. If a patient becomes stable, then it is as if they are on the bio-originator, and there ought to be no incremental costs.

Rheumatology Advisor: Have you personally been able to expand your patients’ access?

Dr Gibofsky: As already indicated, I have to go through the same preauthorization requirements, Thus, the only reason for a switch is to save money, and it’s not clear that when the switch occurs it is the patient that saves. In fact, in some instances, it may cost them money, especially if the copayment assistance program of the biosimilar isn’t as generous as that of the bio-originator. I have yet to see a demonstrable and significant impact on the individual patient and on overall patient access.

Dr Gibofsky: There are some data to suggest that if a patient doesn’t respond to the biosimilar, they can be switched back to the bio-originator and they will recapture their stable state. But this does not happen to all patients. And we can’t predict who will and who won’t.

There should not be that much disruption when you switch a stable patient. Patients ought to be stable for at least 6 months before you do anything. If they flare, you can switch them back. In most cases, they will recapture their stable state, but some won’t.

Rheumatology Advisor: Could nonmedical switching to a biosimilar increase the chances of subsequent switches?

Dr Gibofsky: There is this notion that biosimilars are additional therapeutic options. Well, yes and no. If a patient doesn’t respond to the bio-originator, I’m not going to switch them to a biosimilar because there are no data to suggest that they’ll do better on the biosimilar.

What’s clearly going to happen in this marketplace is that the purchasing decisions will be made solely on cost. It is not unreasonable to anticipate that there will be multiple nonmedical switches among biosimilars, just as we are now seeing multiple switches between bio-originators and biosimilars

In the future, I may prescribe a biosimilar, only to be told that I have to use a bio-originator because of a purchasing decision. So how long before the promise of cost savings from biosimilars is eroded by the competition driving deeper discounts for the bio-originator?

What may also happen is that the manufacturers of currently marketed bio-originators who have already made significant profit over the years can discount the cost of their product so low that the biosimilars can’t compete. At that point, the   incentive to market a bioisimilar is significantly reduced. 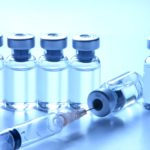