Fibromyalgia affects approximately 4 million Americans, or 1 in 50 adults.1 Despite its prevalence, numerous myths surround the condition, which may present a barrier to prompt diagnosis and treatment. We examine 5 misconceptions your patients might have about the disease.

Patients diagnosed with fibromyalgia by a rheumatologist or pain medicine specialist often report having been told by another healthcare professional that the condition doesn’t exist.2 This, despite the fact the disease has been studied and clinically recognized for decades. In 1981, the first controlled clinical study validating symptoms and tender points in fibromyalgia was published.3 In 1994, the condition was officially recognized as a disease by the World Health Organization.2

Fibromyalgia is thought to be the product of multiple factors working in unison including genetics, other illnesses, physical trauma, and psychological stress. However, the precise cause of the disease remains a mystery.4

Myth #3: Nothing can be done to mitigate symptoms of fibromyalgia.

Although there is no known cure for fibromyalgia, symptoms may be relieved by certain treatments including over-the-counter pain relievers, antidepressants, and antiseizure medications.4 In addition, lifestyle modifications including eating a diet rich in antioxidants and partaking in regular physical activity have been shown to reduce symptoms of fibromyalgia.5,6

Myth #4: Fibromyalgia and arthritis are essentially the same.

Fibromyalgia is often thought of as a women’s disease. Yet, although women aged 40 to 60 years make up the majority in clinical populations, the condition can affect men, women, and children of all ages.2 In fact, because fibromyalgia is typically considered a women’s syndrome, some clinicians suspect the disease is actually more prevalent in men than the numbers indicate.8 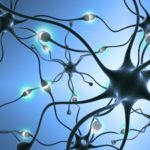 Functional Connectivity May Be Associated With Higher Peripheral Inflammation in RA, Comorbid Fibromyalgia