Patients with chronic kidney disease (CKD) are at higher risk for hyperuricemia if they have anemia, according to findings of a Korean study published in Scientific Reports. Declining renal function did not fully explain this association.

Jaejoon Lee, MD, of Samsung Medical Center in Seoul, and collaborators analyzed the relationship between anemia and hyperuricemia in 10,794 adults from the Korean National Health and Nutrition Examination Survey, 2016–2017, of whom 1302 (12.1%) had hyperuricemia and 9494 (87.9%) did not (mean serum uric acid levels 7.5 vs 4.8 mg/dL). In the CKD group, the prevalence of anemia was higher in the patients with than without hyperuricemia (43.2% vs 28.6%).

Among individuals with CKD, the presence of anemia, compared with its absence, was significantly associated with a 2.3-fold increased odds of hyperuricemia after adjusting for estimated glomerular filtration rate (eGFR), diabetes, hypertension, demographics, body mass index, smoking, alcohol, and physical activity.

“These results demonstrate that the two conditions may have a direct relationship, and are not merely coexisting conditions,” the authors concluded.

In the non-CKD group, the presence of anemia was significantly associated with 32% decreased odds of hyperuricemia after adjusting for age, sex, BMI, alcohol consumption, smoking, physical activity, education level, and income.

Anemia was more strongly associated with hyperuricemia in patients aged 65 years or older, and those with hypertension or diabetes, regardless of CKD status.

A direct relationship may exist between anemia and hyperuricemia in patients with CKD, according to the investigators. For example, oxidative stress from CKD compounded by anemia and hypoxia may promote uric acid precursors, they noted. 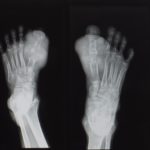