The investigators noted that this was the largest study to analyze the observational associations between plasma vitamin C and plasma urate levels, as well as the first study to apply the Mendelian randomization design to determine whether vitamin C exerts an effect on urate levels in the general population. Based on the study results, vitamin C supplementation should possibly not be recommended as a treatment regimen for lowering plasma urate levels. 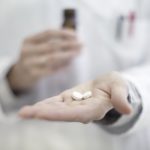