Gout is associated with an elevated risk of atrial fibrillation (AF) among elderly patients, a new study suggests.

In a retrospective cohort study of 1,647,812 Medicare recipients with a mean age of 75 years, Jasvinder A. Singh, MD, MPH, and John D. Cleveland, MD, from the University of Alabama at Birmingham, the crude incidence rate of AF was 43.4 per 1000 patient-years in patients with gout compared with 16.3 per 1000 patient-years in those without gout. After adjusting for multiple variables, patients with gout had a 90% increased risk of AF compared without gout, according to a report in RMD Open.

In another model that adjusted for AF-specific risk factors such as hypertension, hyperlipidemia, and coronary artery disease and individual Charlson-Romano index comorbidities, a gout diagnosis was associated with a 71% increased risk of AF.

The investigators noted that gout is associated with 9% to 13% increased risk of AF in the general adult population, but the risk among older adults has been unknown.

“Our study finding advances our understanding of cardiovascular comorbidity of gout in the elderly,” Drs Singh and Cleveland wrote. “Healthcare providers who already discuss the possible increased risk of CAD with people with gout should also incorporate the discussion regarding the associated increased risk of AF. These discussions can fully inform patients with gout that associated ongoing inflammation may have implications not only for their joints, but other vital body organs.”

For the study, the investigators used a 5% random sample of Medicare claims from 2005 to 2012. During follow-up, AF developed in 161,090 patients (9.8%). Older age, white race, and higher Charlson-Romano index score each was associated with a higher AF risk.

Study strengths include the use of US Medicare claims data, which are representative of American aged 65 years and older, as well as adjustment for multiple covariates and potential confounders, according to the authors. With regard to study limitations, the investigators pointed out that residual confounding is a possibility given the observational cohort design, even though they attempted to control for demographic factors, medical comorbidities, and use of common medications. They did not adjust for use of aspirin and other non-steroidal anti-inflammatory drugs, alcohol use, smoking, or exercise, which may have contributed to some residual confounding, they noted. These data are not available in Medicare claims. 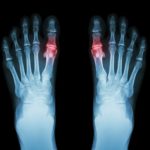