Poor medication adherence has been demonstrated in patients with incident gout initiating allopurinol therapy, particularly in women, younger individuals, and patients with fewer comorbidities, according to a retrospective data analysis published in Rheumatology (Oxford). Medication adherence also remained low even in individuals who reinitiate treatment after a gap in therapy.

The investigators conducted an analysis using data from the UK Clinical Practice Datalink between 1987 and 2014 to examine non-persistence and non-adherence to the urate-lowering therapy (ULT) allopurinol in patients with newly diagnosed gout and to identify the factors linked to poor medication adherence. A total of 48,280 patients ≥40 years with incident gout who began allopurinol treatment were evaluated. Kaplan-Meier statistics were used to estimate the percentage of patients who were non-persistent, defined as a first medication gap of ≥90 days after 1 and 5 years, along with the median time until an initial 90-day gap. Non-adherence, defined as the percentage of days covered <80%, over the full observation period was also calculated.

Female gender and current smoking status increased the risk for non-adherence and non-persistence, whereas older age; being overweight; receiving antihypertensive medication or colchicine; and having dementia, diabetes, or dyslipidemia all decreased that risk. 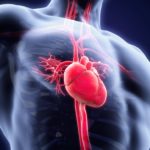