Consistent with a recent US Medicare population study, a large Korean population-based study with younger participants found no difference in the risk for nonfatal cardiovascular events and all-cause mortality for patients with gout initiating allopurinol compared with febuxostat. Findings from the study were recently published in Rheumatology.

To control for confounding, propensity score matching for allopurinol and febuxostat initiators were used with a 4:1 ratio. To determine whether cardiovascular end points or death occurred after discontinuation of treatment, sensitivity analyses with a 90-day grace period were conducted after the last date of drug availability, and as-treated analyses for all nonfatal cardiovascular and mortality outcomes were performed.

Study investigators concluded that “we found no difference in the risk for [myocardial infarction), stroke/[transient ischemic attack], coronary revascularization, or all-cause mortality. These findings replicate the recent US Medicare population study. As the study population was composed of younger Asians, these findings add to the generalizability of these findings.” 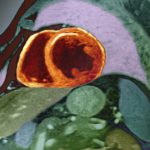 Examining the Cardioprotective Benefits of Urate-Lowering Therapy in Gout