A comparison of older patients with gout with and without existing cardiovascular disease (CVD) starting febuxostat vs allopurinol found no significant differences in risk for CV events or all-cause mortality, according to data published in Circulation. In febuxostat initiators, the risk for all-cause mortality was slightly higher after long-term use and the risk for heart failure (HF) exacerbation was slightly decreased.

A retrospective cohort study used Medicare data from 2008 to 2013 to examine the association between initiation of xanthine oxidase inhibitor therapy and subsequent CVD risk, assessing medical records of patients with gout who were ≥65 years and who had recently begun febuxostat (n=24,936) or allopurinol (n=74,808) therapy. Participants were propensity score matched in a 1:3 fixed ratio to control for possible confounders and had similar baseline characteristics (median age, 76 years; 52.3% men; 12% with existing CVD).

For the secondary outcomes, researchers found similar CV risk profiles for both groups in most categories, including all-cause mortality (log-rank test P =.15). Analyses of subgroups (CVD vs no CVD at baseline and high vs low CVD risk) and sensitivities (equipotent dosing of ≥40 mg and ≥300 mg of febuxostat and allopurinol, respectively) also yielded equivocal findings between groups.

Study strengths included an active comparator design minimizing unmeasured confounding, a large sample size enhancing generalizability, use of propensity score matching to adjust for covariates, use of validated outcome measurements, and inclusion of a representative Medicare population regardless of CVD at baseline.

Study limitations included potential misclassification bias, possible confounding secondary to lack of Medicare information on cause-specific mortality and other clinical measures, a low proportion of men, less clear effect of long-term febuxostat use, lack of comparison with untreated patients with gout, and possible underdosing and inadequate therapy secondary to not having patient uric acid levels available.

The effect on CV safety, CVD development, and mortality appeared to be similar for allopurinol and febuxostat in patients starting new therapy regimens. However, the authors also observed that, “there is a suggestion for an increased risk of all-cause mortality associated with long-term use of febuxostat versus allopurinol.” 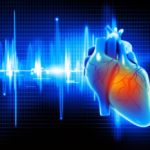 Febuxostat vs Allopurinol in Gout: Assessing the Implications of CV Safety