A smartphone application and an interactive voice response (IVR) system demonstrated similar feasibility as the tools for capturing gout flares, according to study data published in Arthritis Research & Therapy.

Investigators conducted a randomized, open-label pilot study to compare the relative efficacy of a customized smartphone application (StudyBuddy) with IVR in capturing gout flares. Patients with gout were randomized to receive either StudyBuddy or IVR for 12 weeks, after which they were crossed over to the other technology for another 12 weeks. Feasibility was ascertained by response rate to scheduled surveys. At the 12- and 24-week mark, participants also completed a survey gauging satisfaction with the technology. Measures of satisfaction included ease of use, preference over in-person clinic visits, and willingness for future use. The frequency of flare reporting from each application was used to calculate sensitivity.

The mean number of weeks in flare per patient was numerically higher with StudyBuddy compared with IVR (3.4 vs 2.6 weeks per patient), although the difference was not statistically significant. The proportion of total weeks of observation with flares was significantly higher in the StudyBuddy arm than in the IVR arm (35% vs 27%; P =.02). As such, StudyBuddy captured more flares than the IVR technology.

The StudyBuddy and IVR systems demonstrated similar feasibility, although overall sensitivity for gout flares was greater for the smartphone application. In addition, patients generally endorsed StudyBuddy over IVR, citing ease of use and a less disruptive approach. As a pilot study, these data are preliminary; further research is necessary to confirm the efficacy of gout management technologies in clinical settings. 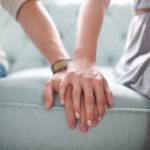