Findings from a meta-analysis and systematic review indicated that orlistat compared with placebo can significantly decrease serum uric acid (SUA) levels in adults. The analysis was published in The International Journal of Clinical Practice.

Hyperuricemia is associated with an increased risk for many conditions, including gout, hypertension, hypercholesterolemia, cardiovascular disease, and nonalcoholic fatty liver disease. Obesity may also increase hyperuricemia and have a negative impact on health. Orlistat is a well-known weight-loss medication, but previous studies on its effects on SUA levels have been inconsistent.

The current meta-analysis followed the guidelines of the Preferred Reporting Items of Systematic Reviews and Meta-Analysis and Cochrane Handbook for Systematic Reviews of Interventions. In the systematic review, the researchers identified randomized clinical trials that measured the effects of orlistat on SUA levels. The researchers performed a meta-analysis using a random-effects model and conducted subgroup, sensitivity, and meta-regression analyses.

Seven eligible trials were included in the analyses. The SUA was significantly lower in the orlistat group vs the control group (difference in means, -17.661 mmol; 95% CI, -31.615 to -3.707 mmol, respectively; P =.01), and there was a low heterogeneity across the trials (I2=25.119%). When the trials were classified by the duration of the intervention and sample size, there was an effect of orlistat vs placebo on SUA levels over a longer duration (6 vs 3 months, respectively) with a larger sample size (≥100 vs <100 participants, respectively). Overall, meta-regression analyses showed no significant relationship between orlistat and SUA based on duration of the intervention.

Limitations of the study included heterogeneity among the patient populations in the included trials, inclusion of a low number of trials in some subgroups, use of articles in the English language only, and failure of some trials to separate the results between men and women.

“The effect of orlistat on SUA level has been examined in several studies and the results were inconsistent. To our knowledge, the present study is the first meta-analysis on the effect of orlistat on SUA level,” the researchers concluded. “Our meta-analysis [has] shown reliable evidence that orlistat [has] a positive effect on uric acid level. Moreover, we found significant reduction of SUA level after orlistat therapy in comparison with placebo/control. Further high-quality clinical trials will be required to provide sufficient evidence.” 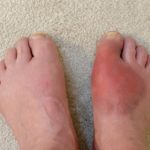