Both greater visceral adiposity and greater fat accumulation in the liver appear to be independently associated with the prevalence of hyperuricemia, according to research published in Arthritis Care & Research.1

In a cross-sectional study, the investigators examined whether the intraabdominal fat area (IAFA) is independently associated with hyperuricemia.  Hyperuricemia is not only an established risk factor for gout but also for hypertension, type 2 diabetes mellitus, dyslipidemia, and metabolic syndrome.

Previous cross-sectional epidemiologic studies have suggested that body mass index, waist circumference, and waist-to-hip ratio were associated with hyperuricemia.2  However, the previous studies did not distinguish between IAFA and total subcutaneous fat area (TSFA).

Yamada and colleagues studied 801 Japanese men who were not taking antidiabetic, antihypertensive, or urate-lowering medications.  All of the men had never been diagnosed wtih renal disease, cardiovascular disease, or cancer. The investigators measured the abdominal, thoracic, and thigh fat areas by computed tomography. For this study, the total fat area (TFA) was defined as the sum of the fat areas, and the total subcutaneous fat area (TSFA) was calculated by TFA minus IAFA.

Hyperuricemia was defined as serum uric acid level >7.0 mg/dL, and the association of hyperuricemia with adiposity was tested using logistic regression. The overall prevalence of hyperuricemia in this cohort was 19.6% (N = 157). The investigators also measured liver-to-spleen (L/S) ratio. Both greater IAFA and lower L/S ratio were found to be independently associated with hyperuricemia in models that simultaneously included IAFA and L/S ratio.

The investigators acknowledge that mechanisms underlying the association of visceral fat and liver fat with hyperuricemia are unknown. These findings were independent of age, daily alcohol consumption, regular physical exercise, smoking habits, diabetes mellitus status, hypertension status, and other adipose depots. The researchers write that prospective studies are warranted to help clarify whether a reduction of visceral fat or liver fat could reduce serum uric acid levels.

The authors conclude that “both greater visceral adiposity and lower L/S ratio were signiﬁcantly and independently associated with the prevalence of hyperuricemia in models that included these 2 variables simultaneously”. Hyperuricemia was not associated with abdominal subcutaneous fat area, TFA, TSFA, body mass index, or waist circumference. Of all fat measurements, visceral fat had the strongest association with hyperuricemia.

Because of the study’s cross-sectional nature, no conclusions about causality can be drawn. In addition, the study was unable to control for genetic and dietary factors in study participants.

This study was supported by grants-in-aid for scientific research and the Japanese Ministry of Education, Culture, Sports, Science and Technology. 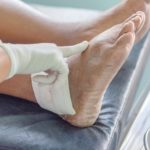