New research published in PLOS One and American Journal of Pathology may explain why many patients report lingering symptoms after receiving antibiotic therapy for the treatment of Lyme disease.

In order to get a better understand of the persistence of the disease, researchers from Tulane University had ticks carrying Borrelia burgdorferi spirochetes feed on 10 primates. Half of these subjects were treated with oral doxycycline 4 months after infection; the other 5 subjects received placebo. The researchers then evaluated the primates for the presence of B. burgdorferi spirochetes post-antibiotic therapy and also analyzed the antibody immune response to the bacteria.

The data showed living B. burgdorferi spirochetes in multiple organs even after a 28-day oral doxycycline regimen. Specifically, intact spirochetes were found in 3 treated and 4 untreated subjects 12 months after the tick bite. Also, the immune responses ranged widely among both treated and untreated subjects, signifying that testing antibody responses “may be inherently unreliable as a singular diagnostic modality for Lyme disease.” All study subjects who received antibiotics were found to have some level of infection present 7 to 12 months post-treatment.

Moreover, 2 of the 10 subjects were still infected with Lyme bacteria in the heart and bladder even though they tested negative by antibody tests. Spirochetes were also found in the joints, skeletal muscle, and adjacent to peripheral nerves.

Lead author, Monica Embers, PhD, added, “Although current antibiotic regimens may cure most patients who are treated early, if the infection is allowed to progress, the 28-day treatment may be insufficient, based on these findings.” 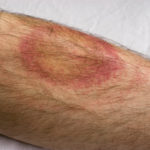