In patients with knee osteoarthritis (OA), treatment with colchicine reduced inflammation and high bone turnover, both of which are associated with disease progression. However, colchicine did not relieve short-term symptoms of knee OA, according to the results of the COLKOA trial (ClinicalTrials.gov identifier: NCT02176460) published in Osteoarthritis Cartilage.

The investigators conducted the double-blind, placebo-controlled, randomized COLKOA trial to evaluate the effectiveness of colchicine on pain and function in knee OA. They compared 16 weeks of treatment with twice-daily orally administered colchicine 0.5 mg vs placebo in patients with knee OA. The primary outcome was ≥30% improvement in total Western Ontario and McMaster Universities Osteoarthritis Index (WOMAC) score at 16 weeks in the signal knee. Researchers also assessed a number of secondary end points, including change in WOMAC pain score and physical function, and results of the Health Assessment Questionnaire and the Outcome survey short-form 36 version 2. Additional secondary end points included quantity of rescue paracetamol used, Outcome Measures in Rheumatology Clinical Trials and Osteoarthritis Research Society International responder criteria, and treatment-related changes in all biomarkers.

A total of 109 randomly assigned participants were enrolled in the trial, with 54 receiving colchicine and 55 receiving placebo. The mean age of the participants was 58.5±8.7 years and 70.6% were women. Participants had moderate-severity knee OA, and approximately one-quarter were taking regular doses of paracetamol and nonsteroidal anti-inflammatory drugs.

The investigators concluded that the use of low-dose colchicine was not effective in reducing short-term symptoms of knee OA, suggesting that use of the agent may have slow-acting disease modification potential in OA. Long-term use of colchicine might warrant further consideration regarding its disease-modifying effects in knee OA. 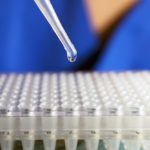