Compared with usual care, through 1 year of follow-up, a novel intervention in the United Kingdom comprising group-based outpatient physiotherapy significantly improved function in patients with total knee replacement (TKR) postoperatively, despite the fact that the difference between groups did not achieve minimal clinical importance. Intervention patients reported more satisfaction, and there was evidence of early clinical relevance, according to study results published in Arthritis Care & Research.

Although physiotherapy is commonly employed after TKR to optimize physical function, evidence is lacking regarding long-term efficacy beyond 3 months postprocedure. The United Kingdom has no definitive guidelines for the provision of physiotherapy, which varies greatly; more evidence is required to inform future allotment. Investigators sought to determine the effectiveness of post-TKR group-based physiotherapy for long-term functional improvement in a first-of-its-kind study.

Participants completed questionnaires preoperatively and at 3, 6, and 12 months after TKR, including the Lower Extremity Functional Scale (LEFS), the Knee Injury and Osteoarthritis Outcome Score, the Hospital Anxiety and Depression Scale, and the Patient Satisfaction Scale. Adverse events and serious adverse events were self-reported as well. The primary outcome was the 12-month LEFS score measuring functional ability; secondary outcomes included the 3- and 6-month LEFS scores, the Hospital Anxiety and Depression score, the satisfaction score, and knee symptoms. Linear mixed regression analysis was performed, with mean differences and 95% CIs calculated.

Although patients in the intervention group reported greater satisfaction with their therapy, none of the other secondary outcomes revealed any clinically relevant differences at any point. A total of 21 serious adverse events were recorded, but none was deemed related to physiotherapy. Participants in the intervention group found the increased confidence, motivation, and added peer support of group-based physiotherapy beneficial.

Study limitations included a nonblinded design that might result in an overestimation of treatment effects, using the minimal clinically important difference on the LEFS, which potentially limits applicability to patients with TKR only, and findings that related to only the specific intervention used.

“This suggests there is early benefit from physiotherapy with the potential for longer-term benefit,” noted the authors. They recommended that future research look to maximize patient benefit by evaluating optimal physiotherapy delivery.

Funding and Conflicts of Interest Disclosures 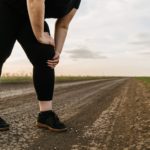