Some people crack their knuckles to relieve tension. Others do it out of nervous habit. No matter the reason, cracking knuckles is a common behavior. Chances are, some of your patients are doing it.

But is knuckle cracking bad for you? People who crack their knuckles may irritate their friends and coworkers from time to time, but are they doing long-term damage to their joints? Specifically, does cracking your knuckles cause arthritis?

What’s the Science Behind Knuckle Cracking?

If you’ve ever wondered what causes the popping sound we’re all so familiar with, you’re not alone. Researchers have debated the matter for decades and offer various theories.1

Finally, in 2018, researchers from Stanford University and E´ cole Polytechnique in Palaiseau, France, published a mathematical model that aimed to put the debate to rest.1

How can both be true?

Through their mathematical model, the researchers demonstrated that the bubbles only partly collapse, leaving behind a stable micro-bubble. The sudden, incomplete contraction of the cavitation bubble produces an audible sound, while leaving behind enough bubble to be detectable by MRI.

Why Is the Popping Sound So Loud?

The researchers also demonstrated how a microscopic process can produce such an audible noise. Given the speed of the bubble collapse and the enclosed area in which it bursts, it’s possible to produce a sound as loud as 83 decibels. The acoustic waves produced by their mathematical formula were consistent with graphed acoustic waves.

The Bottom Line: Does Cracking Your Knuckles Cause Arthritis?

Multiple studies have indicated that there is no evidence to suggest cracking knuckles causes or worsens arthritis.2,3 However, chronic knuckle cracking may lead to reduced grip strength, and there have been occasional reports of tendon injuries and dislocations.4

Although patients who crack their knuckles are not at greater risk for osteoarthritis, it’s important that they pay attention to pain in their joints. If knuckle cracking proves painful, there could be an abnormality in the structure of the joint. 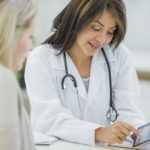