A newly created atlas for the scoring and assessment of osteoarthritis of the first metatarsophalangeal joint, using magnetic resonance imaging (MRI), has demonstrated really good intra- and inter-examiner reproducibility, suggesting that this system can be used to better understand the causes of, and develop treatment for, osteoarthritis pain of this joint. Results from this study were recently published in Arthritis Care and Research.

According to the researchers, this is the first study to develop and examine an MRI scoring system developed specifically for first metatarsophalangeal joint osteoarthritis that also includes assessment of the sesamoid complex and the direct assessment of cartilage loss. In addition, this is the first scoring system that “presents pictorial representations for each MRI feature.”

Limitations of the study included logistical constraints surrounding the use of an MRI machine with a 1.5 Tesla magnet; further studies must determine the reproducibility of the atlas when images are created with a higher-end MRI machine. Additionally, synovitis was not included as an independent item due to the lack of use of a contrast agent, and MRI procedures were not conducted with participants in a weight-bearing position.

“The development of a reproducible atlas…will allow for the quantification of the presence and severity of pathological change occurring in joint tissues in [first metatarsophalangeal joint osteoarthritis],” the researchers of the study concluded. “This has the potential to allow for a better understanding of the causes of pain…which may facilitate the development of more effective interventions for this condition.” 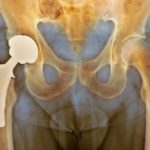