Investigators found no association between metabolic syndrome (MetS), its components, and incident knee osteoarthritis (OA), according to research recently published in Arthritis & Rheumatology.

David T. Felson, MD, MPH, from the Clinical Epidemiology Research and Training Unit at the Boston University School of Medicine in Massachusetts, and colleagues evaluated 991 patients from the Framingham Offspring Cohort for OA between 1992 and 1995, and again between 2002 and 2005. The cohort consisted of 55.1% women (mean age, 54.2 years), with 26.7% of men and 22.9% of women having MetS according to Adult Treatment Panel III criteria for MetS.

Dr Felson and colleagues assessed MetS near baseline, and knees were excluded if baseline prevalent radiographic OA (ROA) and prevalent symptomatic OA (SxOA) were present. The researchers defined ROA at follow-up as a knee having Kellgren and Lawrence grade ≥2 and SxOA as knee pain in addition to ROA.

Men in the study had ROA in 9.8% of cases (n = 78), whereas women had ROA in 10.5% of cases (n = 105), after excluding patients with initial ROA or SxOA at baseline. After adjusting for body mass index (BMI), Dr Felson and colleagues used the Adult Treatment Panel III criteria to determine whether MetS or its components were related to incident ROA or SxOA.

Dr Felson and colleagues said one area that needs further research is the association between an increase in blood pressure level and higher incidence of symptomatic OA. 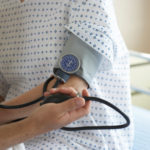