Pain may partly mediate the observed association between physical performance and depressive symptoms in patients with radiographic knee osteoarthritis (OA), according to a study published in Osteoarthritis and Cartilage.

Data from the Osteoarthritis Initiative, an observational cohort of a racially diverse group of patients with knee OA gathered between 2004 and 2006 (n=1463) was examined. The 20-item Center for Epidemiological Studies Depression (CES-D) scale was used to evaluate depressive symptoms, the Western Ontario and McMaster Universities Arthritis Index was used to assess OA knee pain severity, and standardized gait speed was used to assess physical performance. In addition, assessments of both direct and indirect (ie, mediated by pain severity) effects of depression on physical performance were conducted using marginal structural models.

A limitation of the analysis was the reliance on yearly measurement intervals vs closer temporal measurements, which may have reduced the magnitude of the direct and indirect effects observed in the trial.

”Given the benefits of depression treatment in these patients would increase exponentially with intervention efficacy, treatments affecting depressive symptoms and OA simultaneously may be more efficacious than treatments with a single disease target. Likewise, combined treatment strategies using two interventions in parallel could be more effective than individual therapies alone. There is a need for treatment protocols on how to combine and apply existing treatments for patients who have OA and depressive symptoms using interventions that target symptoms of both conditions,” concluded the study authors. 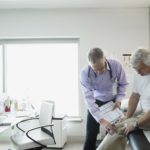