From 1990 to 2019, the global incidence rate of hip osteoarthritis (OA) increased steadily, with the greatest changes observed in high-income regions, according to findings from an analysis published in Arthritis Research & Therapy.

In the present analysis, researchers collected data from the Global Health Data Exchange, an ongoing global aggregation effort that provides assessment of disease burdens in 204 countries and territories. They obtained age-standardized incidence rates and disability-adjusted life years (DALYs) from 1990 to 2019. The estimated annual percent changes were computed for each metric of interest. In comparative analyses, countries were stratified by geographic region and Sustainable Development Index (SDI) quintile.

From 1990 to 2019, the global incidence of hip OA increased from 0.74 to 1.58 million cases, constituting a total increase of 115.40%. The corresponding age-standardized incidence rate increased from 17.02 to 18.70 per 100,000 persons, for an average annual percent change of 0.32% (95% CI, 0.29%-0.34%). Between 1990 and 2019, the incidence of hip OA increased in 194 countries and only decreased in Denmark, Iceland, and Nigeria. Age-standardized incidence rates increased in all 5 SDI quintiles, with the greatest change observed in the middle SDI quintile. The highest SDI quintile experienced the smallest increase.

The increase in the DALYs of hip OA was 1.13-fold higher in women compared with men.

Results from this analysis underlined the growing global burden of hip OA, particularly in high-income countries.

Study limitations included the use of many national datasets of varying quality and timeliness. Trend data may be underestimated due to data gaps in many countries.

“This increasing trend [in hip OA] is expected to continue, due to the rapid aging of the world’s population,” the researchers wrote. “To mitigate the burden of hip [OA], the governments and health policymakers of all countries must increase the awareness regarding risk factors, consequences of hip [OA].” 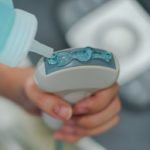