To assess the longitudinal associations between adipose tissue and bone strength, investigators evaluated 182 girls and 167 boys age 11 to 19 years for fat and lean mass, visceral and subcutaneous adipose tissue area, and android/gynoid ratio, using bone density scans. They used a strength-strain index to estimate peripheral bone strength at the radius and at the tibia.

Among obese participants, the android/gynoid ratio was negatively associated with radial strength-strain index after adjustment for lean mass in boys only (P =.02).

The study authors concluded that the results “suggest a compartment-specific influence of greater adiposity on bone and could help explain previous, inconsistent findings regarding childhood obesity and bone, as well as potential sex differences in these relationships.” 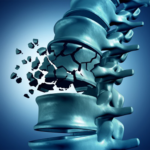