Mental disorders and psychotropic medication use are associated with an increased risk for fracture but are not fully captured by a tool used to assess fracture risk in the general population, according to a study published in JAMA Psychiatry.

Although the fracture risk assessment tool, FRAX, is included in numerous clinical guidelines, its algorithm lacks certain clinical factors contributing to fracture risk. These include types 1 and 2 diabetes, heart failure, falls, and medications including antihypertensive and psychotropic drugs.

James Bolton, MD, and colleagues calculated FRAX scores using data on bone density and risk factors collected from 68,730 individuals (62,275 of whom were women and 6455 of whom were men, mean age 64) referred for a baseline dual-energy x-ray absorptiometry scan from January 1996 to March 2013. Data analysis was conducted from November 2013 to October 2016.

The overall rate of mental disorders examined – including anxiety disorders, depression, and schizophrenia – was 18.9% (n = 12,982). Depression was the most common diagnosis at 50.9%. Approximately 17% of individuals took psychotropic medications, and 21% of that group took multiple psychotropic agents.

After adjustment for FRAX score, depression was associated with major osteoporotic fracture and hip fracture, but after adjusting for medication use, these associations were not significant. However, an independent association was noted between the use of psychotropic medication — antipsychotics, benzodiazepines, and selective serotonin reuptake inhibitors (SSRIs) — and increased risk of major osteoporotic fracture and hip fracture.

“The primary finding is that FRAX significantly underestimated fracture risk among people with mental disorders and among those taking a wide range of psychotropic medications,” the researchers concluded.

“Our results are most applicable to older individuals, especially women, who are considered to be at risk of osteoporosis,” they added. “Health care professionals should be aware of these effects when assessing osteoporosis in people with mental illness.” 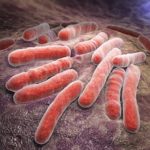