Physical activity may have an important role in the prevention of osteoporosis among individuals aged at least 65 years, according to results of systematic review published in International Journal of Behavioral Nutrition and Physical Activity.

The analysis included reviews and studies published in PubMed, CINAHL, Embase, and SPORTDiscus. Eligibility criteria were records that included individuals aged at least 65 years; a greater volume, duration, frequency, or intensity of physical activity; control participants; and outcome-related measures, such as bone mineral density (BMD). The primary outcome of the current review was osteoporosis, as defined by the WHO on the basis of BMD measurement relative to reference values of young adults of the same sex.

A total of 59 studies, including 12 observational studies and 47 trials, were included in the analysis. Included study results reported on a range of different outcomes, including measures of BMD and bone mineral content; however, none of them reported diagnosis of osteoporosis as an outcome measure.

Review findings indicated moderate-quality evidence that physical activity may have a significant effect on bone health, especially lumbar BMD (standardized effect size, 0.17; 95% CI, 0.04-0.30; 11 trials), while there was low-certainty evidence for femoral neck BMD, from which a small and nonsignificant effect was observed (standardized effect size, 0.09; 95% CI, -0.03 to 0.21; 14 trials).

The optimal exercise intervention to prevent osteoporosis was not clear; however, according to available data, the effect of physical exercise programs that included multiple exercise types and resistance exercises was greater. Study authors noted a dose-response relationship between physical exercise and bone protective effect. Typical programs for which significant intervention impact were detected in trials were undertaken for at least 60 minutes, twice or thrice a week for at least 7 months.

The study had several limitations, including low overall quality of the eligible studies, the small sample size of trials, and the relatively short follow-up period. Furthermore, as most studies did not use the absence of osteoporosis at baseline as an inclusion criterion, it was likely that the studies included data of individuals with mixed bone health status.

“The studies included in this review suggest that physical activity is likely to play a role in the prevention of osteoporosis in older people,” the study authors concluded. 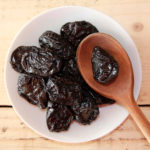