A majority of patients who sustain a major osteoporotic fracture do not receive adequate follow-up osteoporosis treatment, according to research results published in Bone.

A retrospective analysis was conducted using data from the International Costs and Utilities Related to Osteoporotic Fractures Study (ICUROS), a prospective observational multinational data collection study. Included patients were >50 years of age and were diagnosed with a low-energy-induced fracture of the hip, vertebra, wrist, or humerus.

A total of 184 patients (20.1%) received pharmacologic treatment at the time of fracture while 731 (79.9%) did not. Between these groups, the investigators noted significant differences in age, fracture prevalence, current corticosteroid and proximal femur fracture of parents’ risk factors, and analgesic medication intake. Except for patients undergoing current corticosteroid therapy and with proximal femur fracture of parents, no between-group difference in risk factors was noted.

The most frequently prescribed drugs at the time of fracture were bisphosphonates (88.0%), followed by selective estrogen receptor modulators, calcitonin, estrogens, and parathyroid hormones (4.3%, 4.3%, 2.3%, and 1.1%). Calcium and/or vitamin D replacement therapy were used in 37.9% of patients (n=347) at the time of fracture; 62.1% of patients (n=568) did not receive these treatments.

At 4 months after an osteoporotic fracture, osteoporosis treatment rates were significantly lower in men compared with women (8.0% vs 17.6%; P =.01).

Among patients who were receiving treatment at the time of fracture, the most common fracture types were wrist fractures, followed by proximal femur, vertebral, and humeral fractures (78.8%, 39.7%, 24.5%, and 14.1%, respectively). Patients who were not being treated at the time of index fracture were most likely to have proximal femur fractures, followed by vertebral, wrist, and humeral fractures (57.0%, 15.7%, 15.7%, and 13.1%). Patients with osteoporosis treatment at the time of fracture were significantly more likely to have a prevalent major osteoporotic fracture (26.6% vs 14.1%; P<.001).

Study limitations included a potential bias based on cohort effects, the selection of only the main types of fractures, and the relatively short observation period.

“This analysis revealed a poor treatment rate in patients who sustained a [major osteoporotic fracture],” the researchers concluded. “This low treatment rate persisted over the entire follow-up period of 18 months. There is a clear need for the implementation of coordinated, multidisciplinary models of care for secondary fracture prevention.” 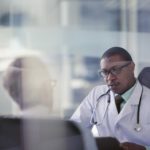