Compared with people without diabetes, the presence of diabetes was associated with elevated fracture risk in a white and Hispanic population, but not in African Americans, according to an abstract presented at ENDO 2019: The Endocrine Society Annual Meeting, held March 23 to 26 in New Orleans, Louisiana.1

In a retrospective study conducted at a large, urban academic center, researchers evaluated data from 19,171 people with diabetes (7622 white, 7468 African American and 4081 Hispanic) and compared them with 26,235 people with hypertension (15,146 white, 8311 African American, and 2778 Hispanic), but without diabetes. The aim of the study was to examine the effect of diabetes on the risk for major osteoporotic fractures, defined as fractures of the humerus, wrist, or hip.

All individuals included in the study were at least 40 years of age, had at least 180 days of follow-up, and had at least 1 outpatient visit per year. Between the 2 groups, there was a total of 717 major osteoporotic fractures over a mean of 3.2 years of follow-up.

In a comprehensive model controlling for age, body mass index, sex, race, and prior major osteoporotic fractures, the risk for fracture was 24% higher in white and Hispanic populations with diabetes than in those without diabetes (hazard ratio [HR], 1.24; 95% CI, 1.03-1.49; P =.02). Compared with people without diabetes, there was no significant difference in fracture risk in African Americans with diabetes (HR, 0.92; 95% CI, 0.68-1.23; P =.56).

“This is a novel finding and has not been previously reported…[and] suggests risk factors for fracture may differ in African Americans,” said lead researcher Rajesh Jain, MD, from the Lewis Katz School of Medicine at Temple University in Philadelphia, Pennsylvania, in a press release.2 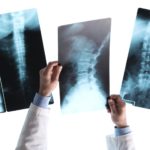 Prior Bisphosphonate Treatment Does Not Prevent Fractures After Denosumab Discontinuation