Fat mass and body mass index (BMI) are independently associated with the development of multi-site pain (MSP), according to a new study published in Arthritis Care & Research.1

Musculoskeletal pain has been estimated to affect 13.5%–47% of the general population, and one study found that 3/4 of affected individuals have MSP, which has been defined as the presence of pain in 2 or more areas.2 Compared to people with single-site pain, those with MSP have been shown to have worse disability, health, and health-related quality of life.3 While the mechanisms involved in MSP have not been clarified, some findings point to obesity as one potential causal factor.4

Though the long-held assumption has been that increased “physical loading” mediates the obesity-pain connection, this explanation does not account for pain in the hands and other non weight-bearing sites. A growing body of evidence suggests an association between obesity and systemic, low-grade, chronic inflammation, which may influence pain.5

Although most studies investigating the link between weight and pain have used BMI to measure obesity, this measure does not recognize potentially relevant differences in body composition.

Fat mass, which is the amount of body fat an individual has, has been correlated with inflammation in overweight individuals, though there is limited data regarding an association between MSP and fat mass.6 In the present study, researchers at the University of Tasmania and Monash University Medical School in Australia sought to examine this relationship and underlying mechanisms in a sample of older adults.

The sample consisted of 1099 adults (51% female) with an average age of 63 who were randomly selected from a longitudinal population-based study. Participants’ data–including weight, BMI, physical activity levels, emotional functioning –was recorded at baseline and again at 2.6 and 5.1 years after baseline (phases 2 and 3, respectively). Patients self-reported pain in 7 sites, and their body composition was measured using dual-energy x-ray absorptiometry (DXA).

According the findings, higher weight, BMI, fat mass and FMI (fat mass index, which is calculated as fat mass/height2) were all linked with a higher number of painful sites reported (P <.001 for all), as were female sex (P =.005), less physical activity (P =.001), emotional problems (P <.001), unemployment (P <.001), and lower education level (P <.001). There were increasing odds of MSP with each standard deviation increase in fat mass, FMI, or BMI.

Higher fat mass was also associated with an elevated risk of pain in the knees, hips, feet, and hands, and similar results were found for FMI and BMI.

These findings suggest an involvement of that fat mass and/or body weight in the pathogenesis of MSP. It is possible that “individuals with greater fat mass are more likely to have peripheral or central sensitization in relation to elevated level of systemic inflammation, thereby leading to a greater number of painful sites,” proposed the authors.

“The mechanisms by which overweight/obesity contributes to pain may be not only related to increased physical loading, but also elevated systemic inflammation; thus, facilitating potential therapeutic targets for obesity-related pain,” the authors stated. “For instance, the administration of drugs with pleiotropic actions (anti-inflammatory and those blocking cholesterol biosynthesis, such as statins) may help to attenuate pain induction in clinical setting”.

No conflicts of interest were disclosed by study authors. 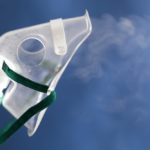 Can Nebulized Fentanyl Provide an Alternative to IV Administered Opioids?