HealthDay News — Factors to be considered when choosing the correct nonsteroidal anti-inflammatory drug (NSAID) for arthritis include effectiveness, concurrent health conditions, and frequency of use, according to a blog post published by the Arthritis Foundation.

When a patient requires an NSAID for muscle or joint pain associated with arthritis, finding an effective NSAID can be a matter of trial and error. Responses to drugs differ between patients, and it may be necessary to try multiple NSAIDs.

A patient’s pre-existing health conditions should be considered when selecting an NSAID. NSAIDs interfere with the COX-1 enzyme, which is involved in protecting the lining of the gastrointestinal (GI) tract, and consequently NSAIDs may cause GI problems. Celecoxib is an exception, as it is a selective COX-2 inhibitor. Patients with a history of GI bleeding or stomach problems with traditional NSAIDs should use celecoxib. NSAID use is also associated with increased risk for heart attack and stroke, especially among those with existing heart disease or traditional risk factors. Certain NSAIDs may be safer for the heart, although the results of studies conducted have been inconclusive. Celecoxib has been found not to increase the risk of heart attack or stroke above that of naproxen or ibuprofen. NSAIDs should not be used among people with certain health conditions, including kidney disease, heart disease, or stomach ulcers.

Although many NSAIDs must be taken every four hours, some come in long-acting or extended release forms. These can be taken as infrequently as once per day, which may be desirable for patients taking multiple medications.

Reduce the “risks of GI or cardiovascular problems by taking the lowest effective dose of an NSAID for the shortest time possible,” according to the article. 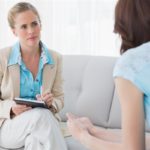