Tocilizumab (TCZ), an anti-IL-6 receptor monoclonal antibody used for the treatment of moderate to severe rheumatoid arthritis, was found to be an effective treatment for polymyalgia rheumatica (PMR) with a greater steroid-sparing effect than standard treatment, according to research presented at the American College of Rheumatology 2015 meeting.

“Steroids can cause skin fragility, diabetes, osteoporosis, cognitive disturbances, and muscle weakness, so there is a desire to identify a drug that can help patients get off steroids more quickly,” said lead author Robert Spiera, MD, Director of the Vasculitis and Scleroderma Program at the Hospital for Special Surgery, during a press conference. “This study is a proof of concept and it strongly suggests that this drug is efficacious and confers a steroid-sparing effect.”

One subject withdrew from the study because of an infusion reaction. All 9 of the remaining participants achieved remission without relapse after 6 months off of corticosteroids. Seven of those subjects remained relapse-free until 12 months in the study to date. In contrast, none of the control group participants were in remission at 6 months, and at 12 months the researchers observed a 60% relapse rate.

Additional evidence is required to determine the efficacy of tocilizumab for PMR. Because tocilizumab is expensive, clinicians must also weigh the cost of the drug against the potential benefits.

“If our findings are confirmed in a placebo-controlled trial, and if a large study suggested that aggregate costs were less using this new drug, then the drug could be relevant for more people,” said Dr Spiera. 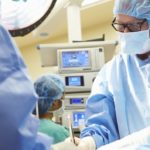