HealthDay News – Chinese herbal medicine (CHM) is a complementary and alternative medicine (CAM) modality that is utilized by patients for the treatment of various symptoms, including pain and inflammation.  Thus, understanding the effects of CHM on physiology, and in particular liver function, which can change steady state levels of other drugs, is important. According to a study published in the Journal of Gastroenterology and Hepatology, CHM and Western medicine (WM) have different effects as causes of drug-induced liver injury (DILI).

Yun Zhu, PhD, from the China Military Institute of Chinese Medicine in Beijing, and colleagues examined the differences between CHM and WM as agents implicated in liver injury using data from 1,985 DILI cases collected from 96,857 patients hospitalized due to liver dysfunction in a military hospital. Of the patients enrolled with DILI, CHM was implicated in 28.4% of cases, WM in 43.8%of cases, and the combination of WM and CHM in 27.8% of cases.

Patients with chronic diseases like inflammatory arthritis may turn to CAM for symptomatic relief of pain associated with inflamed joints. Among the most widely used CAM treatments are chiropractic and herbal therapies. The population’s growing interest in CAM clearly indicates the need for more thorough research into the safety and efficacy of CHM, and the potential effects it may have on other prescribed medication.

“There is a need for multicenter and prospective researches to investigate herbal hepatotoxicity and to find the distinctive characteristics of DILI caused by CHM,” the authors write. 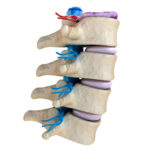