Compared with control participants, young adults with a long disease duration of juvenile idiopathic arthritis (JIA) may have altered pain perception and sensitivity, according to study results published in Arthritis Research & Therapy. Researchers noted that compared with patients with remitted or active JIA, those with inactive JIA displayed the lowest pain thresholds.

Although previous research has indicated that JIA may alter pain perception, few studies have assessed pain thresholds and sensitivity in these patients.

The current population-based longitudinal study included individuals from central Norway who were diagnosed with JIA between 1997 and 2004. Participants who had a follow-up visit between 2015 and 2017 were included in the analyses. Demographic and clinical features were captured at baseline and reassessed at annual follow-up visits. Patients with JIA were age- and sex-matched with control participants who were identified through the National Population Register of Norway. Patients and control participants underwent a quantitative sensory test (QST), which measures thermal detection and pain thresholds.

To measure cold and warmth detection and pain thresholds, patients held a thermal stimulator and were asked to indicate when they felt the first sensation of cold or warmth. Pressure pain threshold (PPT) was measured using a handheld pressure algometer; participants were instructed to communicate when the sensation of pressure changed into the first sensation of pain. Suprathreshold heat pain response was obtained with continuous stimulation of heat pain on the left forearm. Multilevel models were used to evaluate the relationship between JIA status and pain detection thresholds. Thresholds were also compared between JIA subgroups.

Study limitations included cohort homogeneity: nearly all patients were White, and all patients were enrolled from Norway. Additional research in a larger cohort may be necessary to better understand pain sensitization in patients with JIA.

“[Our] study indicates…altered pain perception and sensitization after long disease duration of JIA,” the researchers wrote. “A clinical implication of our study may be to emphasize the importance of early intensive treatment to quickly achieve pain-free remission and avoid long-term pain sensitization.” 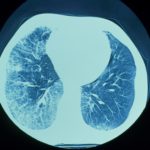