Researchers identified a link between chronic hemolysis and bone health in non-transfusion-dependent pediatric patients with hemolytic disorders, according to a new study with results reported in the journal Hemoglobin.

“To date, there has been no detailed analysis of body composition data of pediatric patients with chronic hemolysis,” the study investigators explained in their report.

In this cross-sectional study based in Athens, Greece, children from 5 to 18 years of age with a-thalassemia, b-thalassemia intermedia, and hereditary spherocytosis were evaluated to explore any relationships between mild to moderate chronic hemolysis and growth or bone health. Analyses involved patient histories, clinical information, bone turnover markers, and dual-energy X-ray absorptiometry scans of lumber spine and total-body-less-head regions. Data for these patients were compared with those of 57 previously studied control subjects.

A total of 39 patients were examined, of whom 17 were females, 22 were males, and 20 were prepubertal. Diagnoses consisted of a-thalassemia in 17 patients, b-thalassemia intermedia in 14, and hereditary spherocytosis in 8.

Multiple differences were seen between patients and controls, although patients with hereditary spherocytosis appeared least affected across examined metrics. Body weight and body mass index scores were significantly reduced in patients when compared with Z-score data for the general population (P =.03, and P <.01, respectively). Bone mineral density was also reduced in patients across examined regions, compared with control subjects, although no patients showed osteoporosis.

Differences were not seen between patients and controls regarding muscle mass, but patients showed lower fat mass (P =.03). Patients also showed evidence of higher levels of bone resorption and lower levels of bone formation. More than one-fourth of patients (28%) had post-traumatic upper limb fractures, and one-fourth of patients had complaints of skeletal pain. Low calcium intake and low levels of exercise were common in patients.

The researchers identified possible prognostic markers related to bone health in association with chronic hemolysis, and these included osteocalcin, hemoglobin, and lactate dehydrogenase. Specifically, low hemoglobin and high lactate dehydrogenase with hemolysis may be linked to dysfunctions in growth and bone modeling, and osteocalcin was linked to lumbar spine bone mineral density.

“In conclusion, a suboptimal bone profile is present even in patients with mild or moderate intrinsic hemolysis and trabecular bone appears more severely affected and possibly predicted by osteocalcin levels,” the study investigators wrote in their report. They also concluded that bone health should be examined in patients who show a fracture history or suboptimal growth.

Further skeletal health studies should include bone evaluation based on genotype and exploration of volumetric subcranial bone mineral density (BMD) as related to fractures and bone pain in chronic hemolysis. 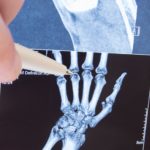