Among patients with Kawasaki disease, the incidence of coronary artery lesion is linked to intravenous immunoglobulin (IVIG) resistance, according to study results published in PLoS One.

Study authors conducted a meta-analysis to determine the association between IVIG resistance and coronary artery lesions in children with Kawasaki disease.

The current analysis (PROSPERO; Study Number: CRD42020181359) was based on the recommendations of the Preferred Reporting Items for Systematic Reviews and Meta-Analyses (PRISMA). Of the 1232 potentially relevant studies, the study authors included 53 studies from 11 countries in their meta-analysis, which included 30,312 patients with Kawasaki disease; 4750 patients were resistant and 25,562 were responsive to IVIG.

There was a significant difference in coronary artery lesion incidence between the IVIG resistance and IVIG response cohorts (odds ratio [OR], 3.89; 95% CI, 3.18-4.75; P <.001). Following an asymmetric distribution in the results of an Egger’s regression test, the study authors reported existence of a publication bias (P =.002); however, no significant difference was reported before and after the trim-and-fill method to evaluate publication bias, suggesting that the findings were still significant.

A Chi-squared test to test heterogeneity revealed an I2 value of 74.8% and the authors speculated that the study regions might have been the sources of heterogeneity. Results of a subgroup analysis also confirmed that the incidence of coronary artery lesion was higher in the IVIG resistance cohort compared with the IVIG responsive cohort under different regions (Asia: OR, 4.80; North America: OR, 2.00; Europe: OR, 2.46).

Some study limitations included the lack of information about adjunct therapies of IVIG resistance in the majority of studies, the lack of reported follow-up time, and the retrospective design of most of the studies.

“Further well-designed studies with uniform criteria are needed to evaluate the incidence of [coronary artery lesion] in IVIG-resistant patients,” the study authors concluded. 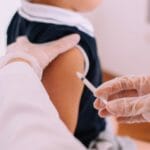