Creatine supplementation in children with juvenile dermatomyositis (JDM) is a safe, well-tolerated, and feasible intervention, which may lead to improvements in muscle metabolism, according to study results published in TheJournal of Rheumatology.

Patients aged between 7 and 18 years were enrolled in the study from the JDM clinic at the hospital, if they met inclusion criteria, including diagnosis of probable or definite JDM with age at onset of less than 16 years; receiving a stable course of medication that was unlikely to change during the study period; and a minimum height of 132.5 cm (to be able to use all of the exercise equipment). Participants received creatine or placebo based on their weight (≤40 kg), or their body surface area (weight, >40 kg), at a dose of 150 mg/kg per day or 4.69 g/m2 per day, respectively. All participants completed 7 assessments, each held every 4 weeks. Study visits included a series of exercise tests, a clinical assessment, a collection of descriptive measures, and questionnaires.

Of 20 patients who expressed interest in the study, 13 continued to receive stable treatment during the 6-month study period, with no missed study visits reported. The median adherence to the study drug was 88.5% (range, 20.5%-95.5%). The percentage of participants with adherence of 80% or more was 76.9%. Study results did not indicate statistically significant changes in muscle function, muscle strength, aerobic capacity, physical activity, fatigue, disease activity, or QOL among patients receiving creatine compared with those receiving placebo. Researchers noted statistically significant adaptations in muscle metabolism (ie, reduction in change in muscle pH following exercise and decrease in phosphate/phosphocreatine ratio) at 6 months compared with baseline. No significant adverse events were reported.

Study limitations included the fact that creatine supplementation may have been more effective with an exercise program, which was not included in the current study; the calculation of adherence using only drug returns to the pharmacy; and the inability to analyze MRS changes due to scanner incompatibility.

Investigators concluded, “We have shown that creatine supplementation in children with JDM is a feasible, safe, and well-tolerated intervention and may, indeed, lead to improvements in muscle metabolism.” 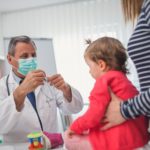