There is no known association between juvenile idiopathic arthritis (JIA)-related gene polymorphisms and idiopathic pediatric uveitis (IPU) in Han Chinese patients, according to study results published in the British Journal of Ophthalmology.1

Previous studies have showed that the frequency of IPU is similar to that of JIA-associated uveitis (JIA-U) in pediatric uveitis2; however, the genetic aspects of IPU have not been widely studied.

The objective of this study was to determine the possible association of IPU and JIA-U with genes that had been previously associated with JIA.

In this case-control association study, researchers evaluated data from 286 patients with IPU, 134 with JIA-U, and 743 healthy control participants enrolled at the First Affiliated Hospital of Chongqing Medical University, China from 2008 to 2017. Healthy control participants were matched for sex and geographic origin. All participants were Han Chinese, and patients with IPU were aged <16 years. Using criteria based on previously reported susceptibility loci in JIA, researchers included 84 single-nucleotide polymorphisms (SNPs) in or near 60 loci. Of the chosen SNPs, 83 were genotyped using the MassARRAY platform and iPLEX Gold Genotyping Assay, and the remaining SNP (rs27293) was analyzed using the TaqMan SNP Genotyping Assay.

Limitations included small sample size of study and the inclusion of patients with JIA-U and of Chinese Han ethnicity only. In addition, study findings could not be extrapolated to other autoimmune or autoinflammatory uveitis entities, and it is unknown whether some variants identified are functional variants that could potentially affect the pathogenesis of pediatric JIA-U.

“[O]ur findings showed no evidence for an association of JIA related gene polymorphisms with IPU in Han Chinese, which lends support to the fact that one is clearly dealing with [2] different uveitis entities, with a similar clinical appearance but each with its own prognosis and clinical management,” the researchers concluded. 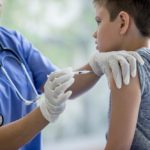