The European Alliance of Associations for Rheumatology/American College of Rheumatology (EULAR/ACR) 2019 criteria for childhood-onset systemic lupus erythematosus (cSLE) shows higher sensitivity but lower specificity than the ACR 1997 criteria, according to study results published in Clinical Rheumatology.

The single-center retrospective study included patients with cSLE and control participants without a cSLE diagnosis. Demographic and clinical characteristics, laboratory data, and renal biopsy specimens were collected from all participants and eligibility was determined against the EULAR/ACR 2019 criteria, the early 2019 criteria, ACR 1997 criteria, and the Systemic Lupus International Collaborating Clinics (SLICC) 2012 criteria. Both sensitivity (likelihood of correctly classifying SLE) and specificity (likelihood of not misclassifying non-SLE as SLE) were compared for each of these criteria. Researchers also examined the characteristics of misclassified participants. In the cSLE group, each criterion was examined for the frequency of positivity of each item. Comparisons of sensitivity and specificity between criteria were performed using McNemar’s test.

A total of 53 patients (83% girls; mean age at disease onset, 12.2 years) with cSLE and 53 control participants were included in the study. All patients with cSLE has antinuclear antibody titers of at least 1:80. In the control group, the most common non-SLE diagnoses included primary Sjögren syndrome (pSS), juvenile idiopathic inflammatory myopathies, and systemic sclerosis.

Among patients diagnosed with cSLE, items of the hematologic (94.3%), SLE-specific antibody (100%), renal (84.9%), and complement (98.1%) domains were more frequently seen to be positive in the EULAR/ACR 2019 criteria. Misclassification of control participants was more frequent with the EULAR/ACR 2019 criteria, particularly among those with pSS and mixed connective tissue disease (MCTD), causing a decrease in specificity.

Study limitations included the small sample size and the potential that the control group was not an accurate representation of real-world non-SLE cases.

The study researchers concluded, “[T]he sensitivity of the EULAR/ACR-2019 and the SLICC-2012 criteria was higher than the sensitivity of the ACR-1997 criteria,” but had “… lower specificity and more frequently misclassified patients in the non-SLE group, especially those with MCTD or pSS, as having SLE compared with previous criteria applied to patients with childhood-onset disease.” Furthermore, they indicated, “[W]eighted scoring of the original criteria reported earlier in 2019 may confer higher specificity and be more appropriate for the classification of SLE in the pediatric population.” 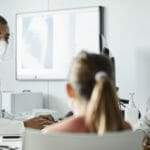