Juvenile spondyloarthritis (SpA) is a distinct form of childhood arthritis that is closely associated with the presence of human leucocyte antigen (HLA)-B27.1 In certain parts of the world, SpA represents up to one-third of juvenile idiopathic arthritis (JIA) cases. In North America, cohort studies of people with JIA suggest a prevalence of 10% to 11% for enthesitis-related arthritis, 6% to 11% for psoriatic arthritis (PsA), and 1% to 2% for undifferentiated JIA.1 Unlike other forms of JIA, juvenile SpA predominantly affects male patients. Onset may occur in children as young as 5 years, but typically, juvenile SpA presents in early adolescence.

Although age of onset influences certain clinical features and outcomes, the classification system2 for JIA developed by the International League of Associations for Rheumatology has several limitations pertaining to SpA, according to a review article published in August 2018 in Pediatric Clinics of North America.1 For example, SpA is not recognized as a distinct entity, and most childhood SpA is classified as enthesitis-related arthritis, and other cases are classified as PsA and undifferentiated arthritis. The authors further noted that the criteria do not specifically recognize axial disease or conditions such as inflammatory bowel disease (IBD)-related arthritis, reactive arthritis, and juvenile ankylosing spondylitis (AS).

Compared with adults with SpA, those with juvenile SpA typically do not have axial involvement in the early course of the disease, and peripheral disease is more prevalent. Additionally, cardiovascular disease affects these patients less frequently compared with those who have adult-onset AS.3

Although the presentation of juvenile SpA is variable, some of the more common symptoms include dactylitis, swollen ankle, enthesitis, and morning stiffness in the lower back or affected joints.1 Extraarticular manifestations may include bowel inflammation, skin and mucocutaneous manifestations, and anterior uveitis. The authors of the current paper note that juvenile SpA should be considered in adolescents with lower extremity arthritis and enthesitis or inflammatory back pain, particularly in boys.

To discuss treatment considerations and research needs pertaining to juvenile SpA, Rheumatology Advisor interviewed Pamela F. Weiss, MD, MSCE, attending rheumatologist at the Children’s Hospital of Philadelphia and associate professor of pediatrics at the Perelman School of Medicine at the University of Pennsylvania, as well as coauthor of the review mentioned above and numerous other articles4-8 on the topic; and Sangeeta D. Sule, MD, PhD, associate professor of pediatric rheumatology at Johns Hopkins University.

Dr Weiss: The peripheral arthritis is treated the same as for other forms of childhood arthritis. The mainstay of therapy is glucocorticoid joint injections if there are a small number of joints, and methotrexate if there are many joints. When there is arthritis of the lower back, which is primarily seen in this form of arthritis and not others, methotrexate is not effective and tumor necrosis factor inhibitors should be considered. Other comorbidities that can occur with SpA that influence treatment decisions include IBD and symptomatic eye inflammation.

Dr Sule: The treatment of SpA in children depends on which clinical manifestation is present. If the child has associated symptoms, such as psoriasis or IBD, treating these underlying disorders can help bring the arthritis under control. This is different from other types of juvenile arthritis where the treatment is focused on the joint disease. That is not to say that [we don’t aim to] reduce pain, inflammation, and swelling in the joints in children with SpA as well.

Rheumatology Advisor: What is the suspected role of the microbial environment in SpA pathogenesis?

Dr Sule: In studies by Stoll et al, children with SpA had altered stool microbiota compared with controls.9 These differences may be important in triggering the response against self seen in SpA. The pathogenesis is probably multifactorial, including genetic and environmental interactions.

Rheumatology Advisor: What is known about the prognosis of patients with this disease?

Dr Weiss: Longitudinal cohort studies of patients with SpA have reported that less than 20% achieve remission off medication within 5 years.1 It has also been shown that these children have more impaired function and higher pain intensity than children with other forms of childhood arthritis.10

Dr Sule: Children with SpA have more pain, stiffness, reduced function, and lower remission rates compared with other types of arthritis. There are certain factors associated with worse outcomes, including presence of HLA-B27, older age of onset, sacroilitis, tenosynovitis, and increased number of active joints in the first 3 years after disease onset.

Rheumatology Advisor: What are some of the gaps in treatment and remaining research needs in this area?

Dr Weiss: There a number of newer and exciting drugs that target the interleukin-17/interleukin23 pathway that have shown very promising results in adults.1 These drugs are not yet available for use in children because the necessary clinical trials have not been completed. There is also a lack of clinical trials to study axial disease in children, which is likely due to a number of challenges including a lack of classification criteria for axial disease in children — so we can identify who to enroll — and a lack of validated measures to follow over time to assess treatment efficacy and effectiveness.

Dr Sule: The link between the gut microbiota and disease inflammation is an area that needs continued exploration. Also, being able to identify which medication would be best for a particular child — akin to personalized medicine — is a topic that warrants further research.

Interview was lightly edited for style and clarity. 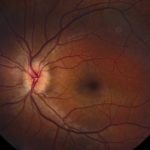