Baseline risk factors for pediatric patients with discoid lupus erythematosus (DLE) and systemic lupus erythematosus (SLE) included being adolescents, positive serologies, and the presence of end-organ damage, according to study results in the Journal of the American Academy of Dermatology.

Though rare in children, DLE causes scarring on the face at a developmentally-sensitive time. Children with DLE are also at risk for SLE, which is more aggressive when diagnosed in childhood than during adulthood.

In a multicenter retrospective observational study, researchers assessed baseline risk factors for DLE and SLE in a pediatric population.

Researchers identified data from patients who were aged 18 years and younger with DLE and reviewed their medical records manually to validate the diagnosis. Clinical and laboratory variables were collected to determine if patients also had SLE at their baseline visit, based on the 1997 American College of Rheumatology (ACR) classification criteria (ACR classification criteria, ³4).

Laboratory data showed immunologic evidence of SLE in patients with DLE plus SLE, with nearly all immunologic laboratory measures present in more than 25% of patients (P <.001).

Limitations of the study included the retrospective design, which did not allow the researchers to measure disease activity or compare the onset of DLE and SLE. There were also concerns about the quality and completeness of the data including potentially inconsistent antinuclear antibody (ANA) assay sensitivity and lack of follow-up data for patients with DLE plus SLE. Finally, the researchers noted the possibility of referral bias as all sites were tertiary centers.

The researchers concluded, “In adolescence, diagnosis of DLE should prompt thorough screening for SLE including referral to rheumatology and consideration of [SLE screening labs]…” They added, “Continued collaboration between dermatologists and rheumatologists will facilitate better understanding of this disease in children.” 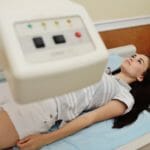