Researchers conducted a retrospective analysis of all patients who underwent RRD repair between 2014 and 2018 at a specialist eye hospital in Saudi Arabia. Participants were younger than 18, underwent primary RRD repair, and had a minimum 12-month follow-up period.

Primary cause of detachment in both groups was trauma (45% vs 33.3% of patients in each group), followed by postsurgical outcomes, high myopia, syndromic detachment, and spontaneous detachment. More than 70% of eyes in the PPV group experienced acute-onset RRD (72.5%), compared with 26.2% of eyes in the PPV-SB group. No statistically significant difference between groups was noted in terms of the number of breaks, number of involved quadrants, rates of retinectomy, intentional retinotomy, and tamponade agents used.

Study limitations include those inherent to retrospective research and an imbalance in baseline characteristics.

“[Both] PPV and PPV-SB have comparable results in regard to anatomical success and rate of postoperative complications despite the fact that complicated cases were more [common] in the PPV-SB group, which highlights that there might be a perceived value of scleral buckle with PPV among surgeons in our cohort in complex pediatric RRDs,” according to researchers. 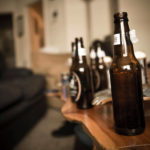