The American College of Rheumatology (ACR) has publicly delivered a mixed review of the American Health Care Act (AHCA), which was announced by House Republican leadership last week as its alternative to the Affordable Care Act (ACA), more commonly known as Obamacare. In a press statement, Sharad Lakhanpal, MD, president of the ACR, said that upon review of the AHCA, “we are encouraged to see several key provisions are maintained.”

“However,” Dr Lakhanpal continued, “we are concerned that some provisions of the AHCA could make it harder for our patients to access rheumatology care.”

The ACR president outlined the organization’s support of the AHCA’s carryover provisions from Obamacare, including a continued ban on pre-existing illness exclusions, limits on patient copayments, monetary caps on out-of-pocket patient expenses, the prohibition of lifetime limits for insurance benefits, and continued ability for parents to carry their children on their healthcare plan until the age of 26.

Replacing progressive income-related subsidies for healthcare policy premiums with age-based tax credits was a primary area of concern, Dr Lakhanpal noted.  “The proposed tax credits based on age rather than income may be insufficient for many rheumatic disease patients to obtain adequate private health insurance coverage,” he said.

The statement also reflected the organization’s unease over the AHCA’s provision allowing private insurers to impose a 30% premium increase penalty for 1 year on those who allow their health insurance coverage to lapse for more than 63 days.

“The AHCA also does not address ACR’s recommendations to minimize the administrative burden on doctors and to repeal the Independent Payment Advisory Board (IPAB),” Dr Lakhanpal observed, referring to an ACA provision that established the independent oversight body tasked with achieving cost savings for the Medicare program. In a previous letter to Congress in January, the ACR advocated abolishing the ACA provision, which it said shifted authority to make changes to the Medicare program from Congress to the IPAB and made it immune to congressional oversight.

The ACR did not supply a straightforward down vote on the AHCA, unlike recent statements from the American Medical Association (AMA) and the American College of Physicians (ACP), two of the nation’s largest medical associations. In separate letters to congressional leadership last week, the ACP expressed “strong opposition” to the proposed AHCA, whereas executive vice president James L. Madara, MD, declared the AMA’s inability to support the healthcare reform bill “because of the expected decline in health insurance coverage and the potential harm it would cause to vulnerable patient populations.” 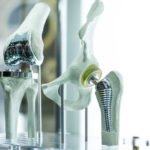