The Food and Drug Administration today announced the formation of a dedicated task force “to delve into reasons why some [drug] shortages remain a persistent challenge.” The announcement was made by FDA Commissioner Scott Gottlieb, MD.

Gottlieb said “The charge to this new task force is to look for holistic solutions to addressing the underlying causes for these [drug] shortages.” Recently, the FDA has looked to resolve shortages related to IV fluids, injectable opioid analgesics, and the EpiPen supply.

The task force includes leaders from the Centers for Medicare and Medicaid Services (CMS) and the Department of Veterans Affairs and will be led by Keagan Lenihan, the FDA’s associate commissioner for strategic initiatives. In a statement, Gottlieb highlighted manufacturing issues as one of the main reasons for shortages, pointing to the fact that many of the drugs that have been in short supply have been low-profit margin generics.

“The only way to produce these low-margin products profitably is to manufacture them at tremendous scale,” said Gottlieb. “This has resulted in fewer and fewer manufacturers for certain key products. The result is very little margin for error in this space.”

He hinted that a change in regulations and more financial incentives could be an avenue that gets explored in combating drug shortages.

In 2017, the FDA’s Center for Drug Evaluation and Research drug shortages staff worked with manufacturers to prevent 145 drug shortages. 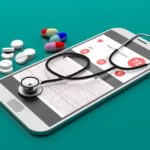 Putting Patients in the Physician’s Seat: Smartphone Technology Is Changing the Healthcare Landscape