It has been a whirlwind of unpredictable political events since the installation in January of a new Republican-controlled government in Washington. Now, in the second half of the Trump administration’s first 100 days, health care has taken center stage.

Republicans introduced the American Health Care Act (AHCA) on March 6 to repeal and replace the Affordable Care Act (ACA). The politics remain unpredictable, because support for the bill among conservative and moderate Republicans is uncertain. So what do we know about the bill? And what does it mean for rheumatology?

The American College of Rheumatology (ACR) is keeping a few things in mind as we assess the AHCA and its potential impact. Rheumatologists want Americans with arthritis and rheumatologic diseases to retain access to continuous, high-quality health care; we want our clinics and institutions to stay afloat so we can keep caring for patients; and we need the astronomical costs of specialty drugs to normalize so that patients can continue to access and afford these therapies.

With that perspective in mind, let’s start with what we know about the bill. The AHCA repeals the mandates to buy health insurance, replaces federal subsidies with smaller refundable tax credits to help people buy insurance, provides $100 billion for states to help cover costs and stabilize markets (particularly for the sickest patients), and winds down Medicaid expansion by 2020 while replacing federal Medicaid financing with a per-capita funding system.

Importantly for rheumatology, the AHCA retains popular pieces of the ACA, like allowing children to stay on their parents’ insurance plans until age 26 and preventing insurance companies from excluding people with pre-existing conditions. It also keeps caps on out-of-pocket costs, bans on lifetime limits to costs, and a portfolio of essential health benefits. These provisions help patients maintain access to insurance and provide coverage for important diagnostic testing, physical therapy, and other services.

Despite keeping those popular provisions, however, the bill may leave a typical rheumatology patient with less-than-ideal access to insurance and the life-altering and life-saving drugs like biologics. First, because tax credits would be based on age and not income, poor patients may not be able to afford premiums. Second, insurers will be permitted to charge older Americans up to 5 times more for their health insurance. This could result in unaffordable premium increases for older adults who may already be struggling to afford their medications. Finally, the possibility of a 30% penalty on premiums for people who do not maintain coverage for more than 2 months would be a barrier for those individuals to regain coverage.

The effect of the AHCA may be even more pronounced on children, because of the changes to the Medicaid system. There are 30 million American children insured through the Medicaid program, and the proposed reforms remove federal funding guarantees. If costs increase faster than the proposed per-capita federal funding, or if states use up federal support, the poor in our society — especially millions of children — may lose access to care and treatment.

From the perspective of the rheumatology clinic, the AHCA lacks a few health reforms that could improve practice viability and efficiency. The typical rheumatology office depends on reimbursements for cognitive care performed at office visits, and these reimbursements could be easily and arbitrarily reduced by the Independent Payment Advisory Board (IPAB) set up by the ACA. Although the AHCA does not repeal the IPAB, we are hopeful that separate legislation currently in the process to do so will be successful. Rheumatologists would also favor relief from administrative burdens such as required prior authorization forms to maximize efficient patient care.

As costs increase, insurance premiums are also expected to rise, but the AHCA’s federal tax credits for the poor and elderly do not increase at the same rates as patient premiums. Enter the elephant in the room: the increasing cost of health care. For rheumatologists, most of the high-cost care has shifted in recent decades from hospitalizations to specialty drugs like biologics. Specialty drugs make up a quarter of the US pharmacy drug spend despite comprising only 1% of prescriptions. Prices continue to increase as drug-makers anticipate the upcoming expiration of patents. Biosimilars are coming, but it is believed greater marketplace competition is needed before we see substantial cost savings.

In the case of these high-priced specialty therapies, the AHCA addresses cost of care more in what it doesn’t do than in what it does do. It does not repeal the authority of the Food and Drug Administration (FDA) to approve biosimilars, and thus keeps in place this important factor to reduce the cost of rheumatology care. Additional reforms to support the FDA with funding and innovative hiring of experts to approve safe and effective biosimilars would do even more to speed this cost-cutting process.

In summary, the AHCA is somewhat of a mixed bag for rheumatologists and our patients. While several key provisions will help patients continue to access and afford insurance, other aspects of the bill may very well not go far enough to help people living with rheumatic diseases.  The ACR is committed to working with Congressional leaders and the Administration to address the aforementioned concerns and will continue to provide input on proposed legislation to ensure continued access to vital rheumatology healthcare services for all. 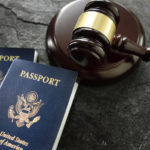