President Donald Trump’s executive order that bans nationals of 7 countries from entering the United States for at least 90 days will have a deleterious effect on graduate medical education (GME) and the overall US healthcare system, according to a “Perspective” piece written by two physicians that was published recently in The New England Journal of Medicine.

The ban, which targets countries with populations that are predominantly Muslim, may evolve into a wider Muslim ban, the authors noted.

Residency programs will be harmed by the imposition of the new ban, say foreign-born Ahmad Masri, MD, and Mourad Senussi, MD, who are currently in the cardiovascular training program at the University of Pittsburgh Medical Center and authored the article.

“Only the cream of the crop of medical students and physicians from foreign medical schools match into US residency programs,” they wrote.

The authors also point out that the executive order could imperil the provision of health-care services to underserved areas.  Under the J-1 visa program, upon completion of their training, foreign-born physicians can obtain a “J-1 waiver” clinical job in order to remain in the US. The waiver is intended to recruit doctors to work in underserved rural and inner-city areas of the US.

Drs Masri and Senussi note that the ban seems to be setting the stage for “inadvertent” religious and racial discrimination. “It has created much uncertainty and may well lead selection committees to reconsider their choices of applicants on the basis of country of origin,” they write.

Directors of training programs have started consulting with their GME departments and attorneys about ranking physicians from the 7 banned countries and from all predominantly Muslim countries, as well as all applicants who require visas. The authors are quick to point out, however, that training-program directors may be “well intentioned” and seeking counsel with a goal of ensuring that matched physicians arrive by July 1 to start their training in a timely fashion.

Finally, immigrants have made multiple contributions to the US health-care system and to science, Drs Masri and Senussi observe. Country of origin, religion, race, color, ethnicity, gender, and sexual orientation are immaterial. Fortunately, patients, colleagues, program doctors, faculty, and hospital staff honor such diversity, and have come out accordingly in support of individuals targeted by the executive order. 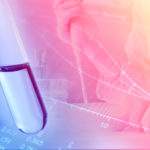