Medicaid has made headlines in recent weeks as a major target in the “repeal & replace” efforts against the Affordable Care Act (ACA) of 2010. With the withdrawal of the intended replacement, the American Health Care Act (ACHA), in late March, just before a congressional vote on repeal, the ACA was left in place for the near future, allowing for Medicaid expansion to continue.

As of March 2017, 31 states and the District of Columbia have already signed legislation to expand Medicaid, with at least 2 more states poised to do the same.1,2 Under Medicaid expansion beginning in 2014, 11.7 million people signed up for coverage through the healthcare marketplace, and in 2015, 12.2 million more signed up for Medicaid or the Children’s Health Insurance Program.3

A 2015 study of self-reported outcomes to ACA coverage showed that compared with the pre-ACA period, there was significant improvement in all categories, including access to and ability to afford coverage, access to primary care and medications, and health status.4 The benefits from the ACA were most pronounced among minority groups.4

A more recent investigation by Miller and Wherry,5 reporting in the March 9, 2016, issue of the New England Journal of Medicine, indicated that during the 2 years after initiation of Medicaid expansion across 29 states and Washington, DC, uninsured rates declined significantly compared with in states that did not expand coverage (difference-in-differences estimate, −8.2 percentage points; P <.001).

Despite the increase in coverage, however, the data also suggest that Medicaid patients often had increased wait times for appointments to see healthcare providers.5 “We found significant increases in respondents delaying care because appointments were not available soon enough or because wait times were too long,” the authors reported. The delays may have been attributable to the surge in new patients in the healthcare system or, alternatively, to a basic resistance by providers to quickly accommodate caring for new patients at the lower reimbursement rates offered by Medicaid, they suggested, although this was not studied.

Systematic factors can also influence wait times for appointments for Medicaid patients. According to Jesse D. McDonald, a certified insurance consultant and National Association of Health Underwriters ACA-certified broker who works with the Connecticut and New York markets: “Unless Medicaid is expanded in the states with more politically conservative governments, or unless more people qualify for Medicaid via income in the Medicaid expansion states, there may not be increased wait times.” Wait times could be affected, however, if providers who now accept Medicaid began to leave the local Medicaid networks, he added. 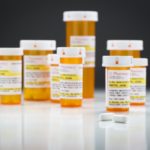