In patients with psoriatic arthritis (PsA) treated with adalimumab, a disconnect has been demonstrated between disease activity and radiographic progression. In addition, inhibition of radiographic progression was greater than anticipated based on control of clinical disease activity alone, according to the results of an ad hoc analysis (ClinicalTrials.gov identifier: NCT00646386) of the randomized double-blind placebo-controlled ADEPT trial published in Rheumatology.

The investigators sought to assess the relationship between radiographic progression and disease activity in participants with PsA who were treated with adalimumab or placebo, as well as the effect of concomitant methotrexate therapy. All participants were grouped according to time-averaged disease activity (ie, remission, low, moderate, or high), based on Disease Activity Score of 28 joints with C-reactive protein (DAS28-CRP), Disease Activity Index for Psoriatic Arthritis (DAPSA), or Psoriatic Arthritis Disease Activity Score (PASDAS), along with achievement of minimal disease activity (MDA) at 24 weeks. In addition, radiographic progression was evaluated as change in modified total Sharp score (mTSS) from baseline to 24 weeks.

Additional studies are warranted that explore the long-term effects of the disconnect phenomenon described and thus comprehend its underlying mechanisms. 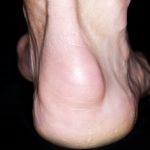 Enthesitis Scoring in Spondyloarthritis May Not Reflect Quality of Life