Among patients with spondyloarthritis (SpA), health disparities were associated with socioeconomic status (SES) factors on both individual and country levels regarding disease activity and physical function, according to a report published in the Annals of the Rheumatic Diseases. Biologic disease-modifying antirheumatic drug (bDMARD) uptake did not appear to mediate these relationships.

Many diseases have demonstrated SES inequalities at the individual and at the country level regarding activity and dysfunction, including rheumatoid arthritis, where suspicions have focused on differential access to expensive bDMARDs. However, it remains unknown whether such health outcome differences exist for those with SpA. Investigators sought to answer this question in the first study to examine these potential associations.

The possible mediating role of bDMARD uptake was also explored between GDP or education and ASDAS. Odds ratios (OR) were calculated.

The mean ASDAS and BASFI scores for the cohort were 2.02 and 3.10, respectively, with 44% of participants having ASDAS ≥2.1 (the cutoff for dichotomized results). There were 43%, 45%, and 13%, respectively, who completed university, secondary, and lower education, while 38% and 47% were currently taking bDMARDs and were smokers, respectively.

Both obesity (OR, 1.66; 95% CI, 1.33-2.08) and smoking (OR, 1.21; 95% CI, 1.02-1.42) were also correlated with higher scores on each measure. Although patients taking bDMARDs had lower ASDAS and slightly higher BASFI scores, there was no confounding effect on the relationship between SES factors and disease activity.

Large country-level differences were also observed that were independent of clinical confounders or individual-level SES.

Patients in less-developed countries had significantly worse ASDAS scores, while BASFI differences were found to be insignificant, with similar functional levels among all participants. African citizens displayed considerably higher ASDAS scores and Asian citizens had consistently lower BASFI scores compared with other regions. Patients from nations with lower GDP had an OR of 1.49 (95% CI, 0.91-2.45) for ASDAS ≥2.1, while areas with lower human development index also had increased risk for ASDAS ≥2.1 (OR 1.84; 95% CI, 1.13-3.00).

“The identified socioeconomic inequalities in disease activity in patients with SpA are a call for a consolidated action of all stake holders,” concluded the authors. They recommended that future research involve longitudinal studies.

Disclosures: The COMOSPA study was conducted with the financial support from AbbVie, Pfizer, and UCB, which provided an unrestricted grant to ASAS to fund the study. 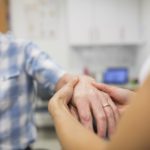