Ixekizumab demonstrates superiority to adalimumab in the achievement of simultaneous improvement of joint and skin manifestations in patients with psoriatic arthritis (PsA), according to research results published in the Annals of the Rheumatic Diseases.

With the use of a combined arthritis and skin end point, researchers aimed to determine whether ixekizumab therapy was superior to adalimumab therapy in patients who were biologic disease-modifying antirheumatic drug (bDMARD)-naive with active PsA and an inadequate response to conventional synthetic DMARDs (csDMARD).

Patients included in SPIRIT-H2H trial (ClinicalTrials.gov Identifier: NCT03151551) had an established PsA diagnosis of at least 6 months, fulfilled the Classification for Psoriatic Arthritis criteria (at least 3 of 66 swollen and 3 of 68 tender joints), demonstrated previous inadequate response to ≥1 csDMARD, had active plaque psoriasis in ≥3% of the body surface area, and had not previously received bDMARD or Janus kinase inhibitor therapy.

The study cohort included 566 patients who were randomly assigned to receive either adalimumab (n=283) or ixekizumab (n=283). A total of 269 (95%) and 262 (93%) patients in the adalimumab and ixekizumab group, respectively, completed the study up to 24 weeks.

Both the primary and all major secondary efficacy end points were met. For the primary end point, the percentage of patients who simultaneously achieved both American College of Rheumatology 50 (ACR50) and Psoriasis Area Severity Index 100 was significantly greater in the ixekizumab group compared with the adalimumab group (36% vs 28%; P =.036); significant differences were noted as early as week 8.

For the major secondary end points, investigators found that ixekizumab was noninferior to adalimumab according to ACR50 response (50.5% and 46.6%, respectively; treatment difference, 3.9% [95% CI, -4.3% to 12.1%]). No statistically significant differences were observed between treatment arms. Psoriasis Area Severity Index 100 response was also significantly greater in the ixekizumab group compared with the adalimumab group (60% vs 47%; P =.001). These differences were observed as early as week 4 and persisted through week 24.

Study limitations included the potential for bias among blinded assessors and the absence of imaging and the assessment of structural joint damage.

“The findings of this study increase awareness of current treatment options and informs evidence-based treatment decisions for patients with active psoriatic arthritis and active psoriatic skin disease,” the researchers concluded.

Disclosure: This study was supported by Eli Lilly and Company. Multiple study authors report affiliations with the pharmaceutical industry. Please see the original reference for a full list of authors’ disclosures. 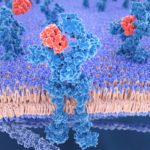 IL-41 Levels Elevated in Synovium of Patients With Psoriatic Arthritis