Researchers conducted a multicenter, retrospective, observational cohort study to describe the patterns of first and subsequent TNFi therapy and patient responses to long-term TNFi therapy in PsA. Owing to limited longitudinal study data, a target sample size of 150 patients was selected based on the anticipated PsA response criteria (PsARC) at 12 weeks after initiation of first TNFi.

The cohort included 141 patients, from 11 hospitals across the United Kingdom, who were treated with their first TNFi between January 2010 and December 2011. Mean age at therapy initiation was 50.3±12.1 years; 50% of patients were men, 10% were current smokers, and median disease duration was 5.7 years (interquartile range, 2.0-11.6 years).

Of the total cohort, 76 patients were observed for 4 to 5 years after initiation of their first TNFi (median observation period, 4.5 years [range, 3.4-5.5 years]). The most commonly prescribed first TNFi therapies were adalimumab and etanercept, used in 81 and 57 patients, respectively. A median of 1 different TNFi was used during the observation period (range, 1-5); 11% of patients received 3 or more TNFi therapies during observation.

Psoriatic arthritis response criteria components were used to evaluate TNFi treatment response. Responses were collected at 12 weeks in 47 patients and at 1 year in 27 patients. The 12-week response rates were 80% and 79% for swollen and tender joint counts, respectively, 79% and 69% for physician and patient global assessments, and 79% for PsARC response.

“The recent availability of newer and emerging therapies targeting different inflammatory pathways will enable more individualized treatment for patients with PsA in the future,” the researchers concluded. “Given the changing landscape of PsA management…a future study evaluating the impact of these newer targeted therapies on outcomes in patients with PsA not adequately controlled by conventional DMARDs and for whom TNFi therapy has not been successful is warranted.” 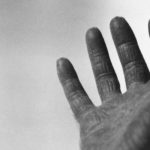