The Physician Global Assessment of Fingernail Psoriasis (PGA-F) proved valid and reliable in rating disease severity in patients with psoriatic arthritis (PsA), according to study findings published in Value Health.

Researchers conducted a 3-stage, observational study to determine the validity and reliability of the PGA-F to treat patients with PsA. Rheumatologists used the PGA-F to assess nail bed and matrix signs of fingernail psoriasis, resulting in 5 different score categories of clear (0), minimal (1), mild (2), moderate (3), and severe (4).

In stage 1, qualitative data was gathered from 8 rheumatologists to evaulate the content and feasibility of the PGA-F in the assessment of nail psoriasis severity. All of the rheumatologists indicated that the PGA-F would help guide their decision-making for their patients, especially for diagnosis and treatment. They all comprehended the instructions for using the PGA-F, and most of the rheumatologists easily differentiated between levels of disease severity.

The rheumatologists analyzed photographs of nails with varying degrees of nail psoriasis. Three indicated that photograph color and quality affected their confidence in scoring per the PGA-F. Following the scoring exercise, 82.5% of the rheumatologists rated the photographs similarly, with exact scoring on 41.4% of items and sufficient differentiation between disease severity levels.

In stage 3, the researchers evaluated the construct and validity of the PGA-F by comparing it with the modified nail psoriasis severity index (mNAPSI), a previously established and validated clinical tool. This analysis determined whether the PGA-F measured what it proposed to measure and whether it successfully differentiated between groups of individuals.

Clinical assessment of patients using the PGA-F and mNAPSI occurred at baseline and after 24-weeks to determine changes in scoring reflective of disease severity and tool correlation with each other.

The researchers found a large correlation between the PGA-F and mNAPSI (baseline=0.701; week 24=0.756) with significant changes reflective of disease progression from one classification group to the next. They calculated the standard effect size (SES) of changes to be moderate to large (>±0.50).

One limitation of the study included the use of single-point-in-time photographs to determine fingernail psoriasis severity, whereas evaluation of changes in severity must occur over multiple assessments.

“Evidence produced by this study showed rheumatologist clinicians easily understood the PGA-F and consistently rated patients over time and with each other,” the study authors concluded. They continued, “Furthermore, the PGA-F was shown to measure patients along the full range of the fingernail psoriasis severity spectrum, have a strong relationship with a conceptually similar reference measure, differentiate between patients stratified based on fingernail psoriasis severity, and detect change in category severity over a 24-week period.” 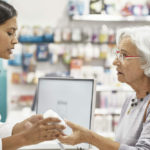