Long-term treatment with apremilast monotherapy demonstrates clinically meaningful, sustained improvements in psoriatic arthritis (PsA) signs and symptoms, as well as physical function, in disease-modifying antirheumatic drug (DMARD)-naive patients, according to study results published in Rheumatology. The safety profile of apremilast was found to be consistent with previous studies, and no new safety concerns were observed for up to 5 years of treatment.

The efficacy and safety of apremilast in PsA was determined in the fourth Psoriatic Arthritis Long-Term Assessment of Clinical Efficacy study (PALACE 4; Clinical Trials.gov Identifier: NCT01307423). The study included an open-label extension period to assess the long-term safety and efficacy of apremilast.

Adults with a diagnosis of PsA for 3 months or greater with 3 or more swollen joints and 3 or more tender joints were included in the analysis. Participants were randomly assigned to receive apremilast 30 mg, apremilast 20 mg, or placebo. Patients who received placebo were further randomly assigned to receive apremilast 30 mg or 20 mg twice-daily at week 16 (early escape) or week 24. At week 52, patients could enter a long-term, open-label extension phase for up to 4 additional years.

Efficacy outcomes included the percentage of patients with PsA achieving 20% or more, 50% or more, and 70% or more improvements according to the American College of Rheumatology criteria (ACR20), (ACR50), and (ACR70) responses, respectively, modified for PsA. Additional assessments included resolution of enthesitis, dactylitis, and improvement in Psoriasis Area and Severity Index score. Safety outcomes included adverse events.

Improvements in signs and symptoms of PsA were sustained up to week 260 with continued apremilast treatment, with mean percentage changes of 84.8% in swollen joint count and 76.4% in tender joint count. Enthesitis, dactylitis, and psoriasis also showed improvements in patients with these manifestations at baseline.

Apremilast continued to demonstrate a favorable safety profile in patients with active PsA who were DMARD-naive; the most common adverse events were diarrhea, nausea, headache, upper respiratory tract infection, and nasopharyngitis.

The study had several limitations, including the restricted eligibility criteria with enrollment limited to a highly selected group of patients, potential bias by nonrandom discontinuation of patients due to lack or loss of response or adverse events, and the lack of a control group.

“In this 5-year analysis of the PALACE 4 study, apremilast demonstrated clinically meaningful, sustained, improvements in PsA signs and symptoms as well as physical function following continued treatment,” the researchers concluded.

Disclosure: This research was supported by Celgene. Please see the original reference for a full list of authors’ disclosures. 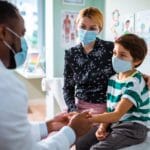